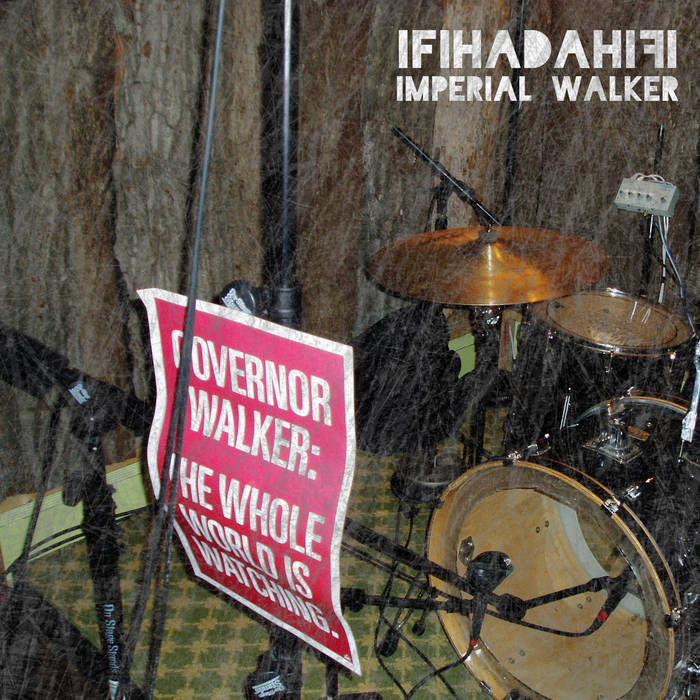 I Like Stuff IfIHadAHiFi have a great ear for mixing noise with hooks. This is a modern day protest song aimed at the union busting policies of Scott Walker and his ilk. A great single from a great band. Favorite track: Imperial Walker.

Conan Neutron Wonderful confluence of writing to (political) theme and being absolutely timely. Proud to know these jokers and love to rock this kick ass song. Favorite track: Imperial Walker.

IfIHadAHiFi couldn't be prouder of our Wisconsin roots and our state's progressive heritage. The current assault on working Wisconsinites on the part of our current governor is an affront on that heritage, and an all-out class war on our beloved state's working class. The least we could do was show our support in the tried and true tradition of the old-fashioned working-class protest song.

100% of the proceeds from this download will go to Russ Feingold's new Progressives United PAC. Progressives United was formed to take on the ever-growing influence of corporate America in our political process, as further empowered by the Supreme Court's erroneous "Citizens United" decision. Nowhere in the country right now is that influence felt more dramatically than in Wisconsin, where the Koch Brothers currently work in tandem with Governor Scott Walker to bust public sector unions. Visit www.progressivesunited.org to learn more about Mr. Feingold's latest venture.

We couldn't have made this project happen without three fantastic people: Shane Hochstetler, who generously donated the use of Howl Street Recordings for no cost; and Nick Ehlert and Dan Siercks who donated their weekends, also at no cost, to engineer and assist, respectively. Amazing people in this town.

(NOTE: IfIHadAHiFi are not affiliated with Progressives United--we just want to show them some love.)

Bandcamp Daily  your guide to the world of Bandcamp

Cannibal Corpse's George "Corpsegrinder" Fisher stops by for an interview